He heals, He saves, He sets us free from all the junk the enemy wants to suffocate us with.

I just got back from an amazing mission trip to Nigeria with Global Awakening and a team of brothers and sisters with a heart for God’s people.

And I saw God move!

I saw Him restore sight to the blind – deaf ears opened – 1,000’s of people touched with His love and set free!

Our God is awesome!

And then to come back and see AzusaNow in LA???  Only our God!  If you didn’t see it, go to this link where the video has been archived: http://www.thecall.com/azusa

I believe what we saw birthed in Nigeria was sent to America.  God impressed a picture on my heart of the hurricanes. 1 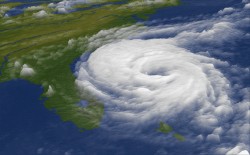 I was watching the opening AzusaNow interview of Pastor Bill Johnson and Lou Engle, and Pastor Bill Johnson mentioned that basically all revival moves in the US can be traced back to the Azusa outpouring in 1906. Someone who was there carried it to another location and prayed…

But are our hearts prepared to embrace what He’s doing?  Are we ready for the Holy Spirit to sweep across our nation?

Unfortunately, America has a bit of a history of skepticism. We even have a nonprofit organization in the US called the Skeptics Society. Only in America…

Why is it so hard for us to believe that our God is supernatural and wants to show Himself as such?  We look at the people God is using instead of what God is doing and we judge.  I don’t know about you, but I don’t see in the Bible where he used any perfect people (well, obviously except Jesus!).  Moses murdered someone; so did David. Paul killed a bunch of people. Peter denied he ever knew Jesus.  Yet every one of these guys did some pretty amazing things because they allowed God to use them.

Are there counterfeits – yes.  Jesus himself warned us “For false christs and false prophets will arise and will show great signs and wonders, so as to mislead, if possible, even the elect.” (Matt 24:24)  But look at what He also said in Mark 16:17, “And these signs will accompany those who have believed: in My name they will cast out demons, they will speak with new tongues, they will pick up serpents and if they drink any deadly poison, it shall not hurt them; they will lay hands on the sick and they will recover.” And what about Matt 10:6-8 – “but rather go to the lost sheep of the house of Israel. And as you go, preach saying,

‘The kingdom of heaven is at hand.’ Heal the sick, raise the dead, cleanse the lepers, cast out demons, freely you received, freely give.” But then Paul also writes in his second letter to the Thessalonians, “that is, the one whose coming is in accord with the activity of satan, with all power, and signs and false wonders, and with all the deception of wickedness for those who perish, because they did not receive the love of the truth so as to be saved.” (2 Thes 2:9-10)

How do we know the difference?  Paul said the deception comes because we fail to receive the love of the truth.  Jesus said He is the truth (John 14:6), so it seems to me we need to have a close relationship with Truth himself so we recognize Him when He is in our midst.  When my husband walks into a room I immediately recognize who it is, but if it’s someone I’ve only encountered once or twice, or if it’s been a long time since I’ve seen that person, there’s a good chance I’m not going to be able to identify the person. John 15:26 and 16:13 speaks about the Spirit of truth – the Holy Spirit. I encourage you to get into the Word and read! 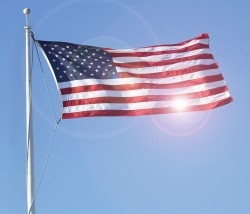 There is a fresh release of God’s Holy Spirit touching our nation even right now, and if we’re not paying attention we could miss it.

God uses signs and wonders to break down and disarm the spirit of unbelief and opens the door to salvation!

In light of the upcoming election, I’ve seen so many people just downright disappointed and hopeless in the future of the United States.  But our God has the answer!  David said in Psalm 20:7 “Some boast in chariots, and some in horses; but we will boast (or trust) in the name of the Lord, our God.” In that same interview above, Lou Engle said “only a united church can heal a divided nation.”

God is calling us to be the restorers of the breaches (Is 58:12) – to cross over the denominational lines and become the unified and whole Body of Christ. We’ve been limbs separated for way too long, and it’s only in our unity that the world will truly see the complete image of Christ!

Young people – 20’s and 30’s – God is specifically calling you right now – he wants to use you to bring in the harvest.  Those in their 40’s and up – God is calling you as the spiritual mothers and fathers to mentor and guide the younger ones.

If you feel weak or short on joy or just plain unsure, ask God for a fresh impartation of His Holy Spirit. “But when He, the Spirit of truth comes, He will guide you into all the truth; for He will not speak on His own initiative, but whatever he hears, He will speak; and He will disclose to you what is to come.” (John 16:13)

If any man has ears to hear, let him hear.